Autographed Copies Of #FanOfAFanTheAlbum At Walmart While Supplies Last 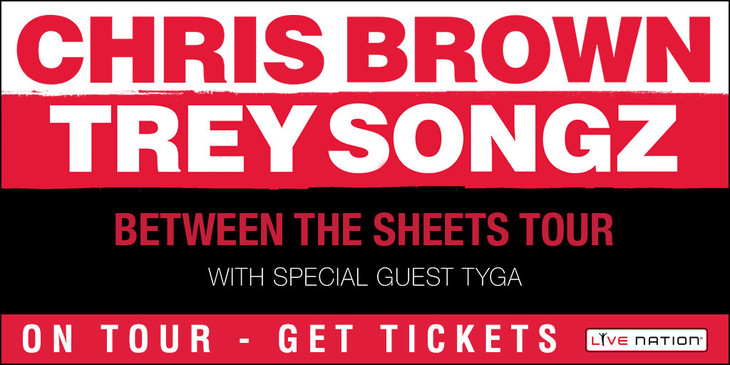 Team Breezy, it was just announced that the previously postponed Chris Brown With Trey Songz And Special Guest Tyga BETWEEN THE SHEETS TOUR will now kick off this Thursday, February 12th at the BB&T Center in Sunrise, Florida! Rescheduled show dates have been confirmed for Brooklyn, Baltimore, Atlanta, Dallas, New Orleans, Charlotte, Houston, Greensboro and Hampton. Remaining dates to go on as planned. Due to the postponement, Trey Songz will not be able to perform in Charlotte (March 14), Houston (March 16), Greensboro (March 18) and Hampton (March 19). These dates will feature Chris Brown with special guest Tyga.


Two shows on the tour are not able to be rescheduled: Bridgeport (Feb. 20) and Minneapolis (March 3).

Stay tuned here and to www.livenation.com or www.ticketmaster.com for updates on the BETWEEN THE SHEETS TOUR. An updated status of tour dates is below.


Chris says, “To the fans who have been with me since day one… The BTS Tour is dedicated to your loyalty!”